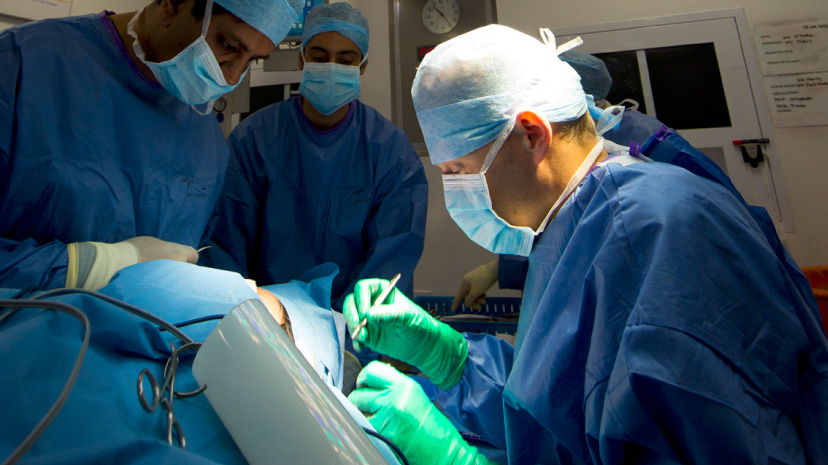 The Charles Wolfson Centre for Reconstructive Surgery brings together innovative surgical techniques and exploitation of recent scientific research to narrow the gap between pure science and clinical practice while establishing the qualifications and career paths of future generations of surgeons and research leaders.

The facilities give patients direct access to research findings and help to accelerate the translation of scientific discoveries into new types of treatment. The centre also draws on the resources of our teaching partner, the UCL Medical School, whose Royal Free campus has a reputation for the greatest research output within UCL.

The Royal Free London has the largest plastic and reconstructive surgery service in London and the South East, both in terms of treatment and academic capacity. A central hub based at the Royal Free Hospital serves its additional sites at University College Hospital, Northwick Park and Mount Vernon Hospital in Northwood – the whole team serving a diverse population of six million. In a typical year the department sees 7,800 patients, carrying out 233 different types of procedure in 25 treatment areas. Of those 7,800 patients, 5,340 were seen for the 20 most common procedures, i.e. different types of breast, skin, hand and ear surgeries.

Who receives our specialist services?

There are over 1.3 million people in the UK with disfigurement to their face and body, but no one should have to live a life marred by disfigurement.

Disfigurement may be caused by cancer (in particular breast cancer), inherited diseases or by damage to the skin from various forms of trauma, including major burns. Treatment of disfigurement is not just a cosmetic intervention as these patients are four times more likely to commit suicide, and are likely to suffer from depression at more than double the UK average.

The centre carries out work in three areas: research, training and improvement of clinical practice. Its work revolves around the patient, bringing together scientists, academic clinicians, clinical trials specialists and nurses to translate new research into novel treatments. It is an outstanding environment to train a new generation of clinicians and scientists working in reconstructive surgery.

We will also continue our work on nerve repair, replacement of missing nerves, regeneration of lymphatic tissue and breast reconstruction following mastectomy.

The role of the Royal Free Charity

The Royal Free Charity delivered a major fundraising campaign to secure the set-up and initial five year work of the centre. These initial costs amount to £3.7 million and include the refurbishment of the research space and appointment of key clinical and research staff.

If you would like to support the work of the Charles Wolfson Centre for Reconstructive Surgery or would like further details, please contact our fundraising team.