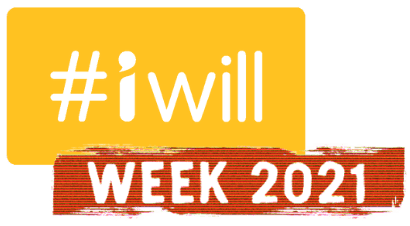 Rojbin is both compassionate and passionate. Engaged and engaging. She’s switched on. A young volunteer, she’s driven, she has purpose, she has a plan and has set about making it work:

“I’ve just finished my A-levels and I’m now applying to universities to study medicine. It’s the reason I applied to volunteer in a hospital. There’s nothing like being on the wards on your own and doing the work yourself.

“I thought it’d be a challenge, that I would learn a lot, that I’d have to think on my feet. I knew I’d get to see different healthcare specialists from different disciplines, so it was a great opportunity for me.

“It was an eye-opener as I thought that it all began with doctors and nurses, but there’s so much more to it than that. For example, on the dementia ward there’s a whole team – dieticians, psychotherapists, physiotherapists.”

And it’s on the dementia ward where she’s spent most of her time, learning about patient needs, from the little worries to the big issues:

“Sometimes I help to fix the little problems patients have. If someone has left their phone in reception, I’ll bring it to them. If something needs charging, maybe their hearing aids, I’ll do it.

“The biggest thing that I do though is spend time talking to patients.  I’m there to offer company, a friendly face.

“It can be quite clinical, seeing doctors and nurses all masked up. They’re missing daughters and sons, granddaughters and grandsons. It’s nice that I can be there to provide that human interaction.

“And if a patient gets to know you, they’ll tell you if they’re angry, or sad, or frustrated – you can then pass that on to the nurses.”

It’s not just the patients who benefit though, as Rojbin feels she’s learning a lot by being on the ward:

“I’ve become more patient, calmer – I’ve slowed down. When you’re there for four or five hours you learn to adapt to people’s needs. You try to connect with patients on an individual basis. You learn what it’d be like to be a doctor – how they behave in front of patients.”

Rojbin is also an ambassador for the #IWill campaign, which looks to engage those aged 16 – 24 in youth social action, helping young people to make a difference to others or the environment by volunteering, fundraising, or campaigning – creating lasting, positive change.
She hopes to make a positive difference in addressing some of the inequalities in our health system:

“Diversity fascinates me, living in London where there are so many ethnicities and being Kurdish myself. I’ve seen the difficulties, the language barriers, with my grandparents, where I’ve had to translate. Mostly, doctors allow me to do this or they speak slower, but medical language can be confusing, especially when English isn’t your first language.

“If I were to become a doctor, I’d want my work to be rooted in tackling issues around equality and diversity. The more people working to solve these problems the better.”