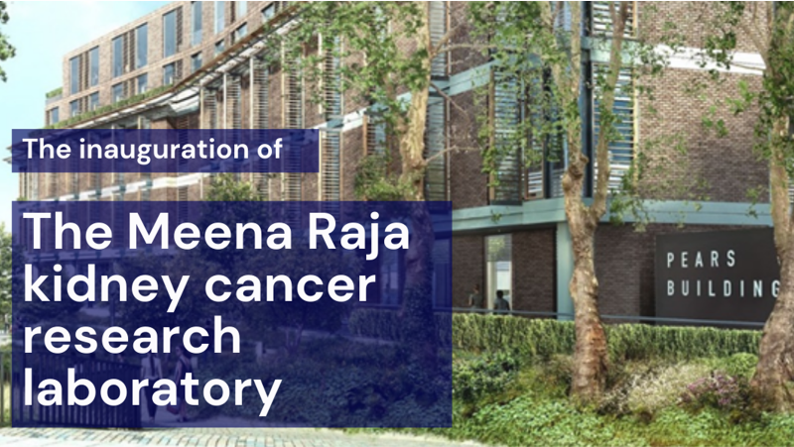 The Royal Free Charity has been given a donation of £300k which research scientists expect to be a game changer in finding better treatments for kidney cancer.

Sarit Raja Shah made the donation following the successful treatment of his mother, Meena Raja, after a kidney cancer was unexpectedly discovered during routine tests.

His donation has enabled the establishment of the Meena Raja Kidney Cancer Laboratory in the Pears Building, the new home for the UCL Institute of Immunity and Transplantation, which opens next year.

The charity, in partnership with the Lions Club of Enfield, has now launched an appeal to raise a further £240,000 to buy additional specialist equipment and recruit two research scientists to start the much-needed research into this disease.

Faiz Mumtaz, senior kidney cancer surgeon at the Royal Free London NHS Foundation Trust, who, with the Lions, has spearheaded the appeal for the lab, said the number of patients with kidney cancer had more than doubled in the past 40 years. He said more than 14,000 people were diagnosed each year and fewer than 10% with advanced disease survived five years.

“The kidney cancer research laboratory will provide an outstanding environment to perform cutting-edge research,” said Mr Mumtaz. “It will bring together the development of new diagnostic tools and novel treatments for the benefit of kidney cancer patients in our community and worldwide.”

The campaign was launched at a special Zoom event during which Mr Shah and his family, senior researchers, doctors and patients heard about the difference the new lab would make.

You can see a recording of the event below.