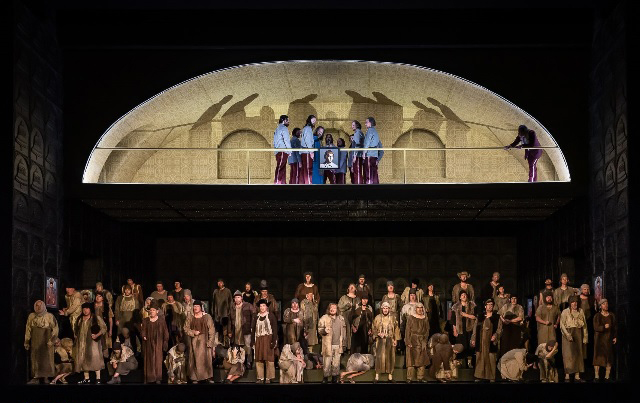 The Royal Opera Chorus has partnered with Royal Free Radio to produce a special broadcast in honour of NHS employees and volunteers.

The hour of specially-recorded highlights from the Royal Opera Chorus’s repertory explores and celebrates the whole spectrum of human emotion. The broadcast includes Habanera from Bizet’s Carmen; extracts from Verdi’s Rigoletto and Mozart’s La Clemenza de Tito and Così fan tutte, as well as favourites from Gilbert and Sullivan.

This special and exclusive hospital radio broadcast can be heard on Royal Free Radio on Sunday 16 May at 10pm with a repeat broadcast on Saturday 22 May at 8pm. Royal Free Radio can be heard on Hospedia radio channel 1 at the Royal Free, on TV channel 800 (the default channel) at Chase Farm & on TV channel 0 at North Middlesex University Hospital, on-line at royalfreeradio.co.uk (click on “Listen live”) and on various listening devices.

The programme is also being offered to other hospital radio stations.