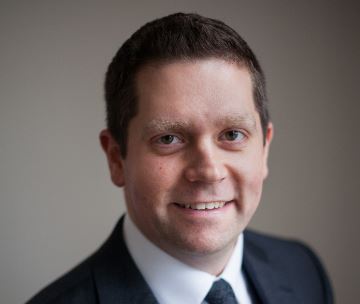 The Royal Free Charity is delighted to announce the appointment of Jon Spiers as its new chief executive. He will take up the role in September.

Jon joins the charity from Autistica, where he is chief executive. He is credited with positioning Autistica as the leading autism research charity in Europe, overseeing exponential income growth and demonstrable impact on UK and international funding and policy in five years. He previously advised senior leaders in charities, pharmaceutical companies and biotech in clinical areas including lung cancer, leukaemia, genomics, HIV, meningitis, infectious diseases and attention deficit hyperactivity disorder.

Welcoming the new appointment, Judy Dewinter, chair of the Royal Free Charity, said: “We are delighted that Jon is joining us as chief executive. His achievements, collaborative approach and style of leadership will be a huge asset, as we continue to be the lynchpin of support for the Royal Free London NHS Foundation Trust (RFL), its staff and patients. The whole team looks forward to working with Jon as the Royal Free Charity enters a new and exciting phase in its journey.”

While head of public affairs and campaigning for Cancer Research UK, Jon engaged hundreds of thousands of supporters in the campaign for smoke-free legislation in England and Wales, a policy hailed as “the biggest step forward in public health for 50 years”.

He was named Rising CEO at the Third Sector Awards 2017, the International Society for Autism Research’s Autism Advocate 2018 and the Institute of Directors’ Charity Director of the Year 2019. He is also a trustee of the Association of Medical Research Charities.

Caroline Clarke, group chief executive for RFL, said: “We are very much looking forward to working with Jon. The charity is our major strategic partner in helping us realise our clinical and academic ambitions and we are confident that, under Jon’s leadership, our partnership will go from strength to strength.”

Jon Spiers said he was “thrilled” to be joining the charity. “At this critical time for the NHS, we will continue to work evermore closely with RFL to develop and support high-impact projects beyond the limitations of NHS funding. The potential is enormous and I look forward to harnessing the passion that comes through so strongly from everyone involved in the charity, to help drive the organisation forward so that we can help staff, patients and our communities to thrive.