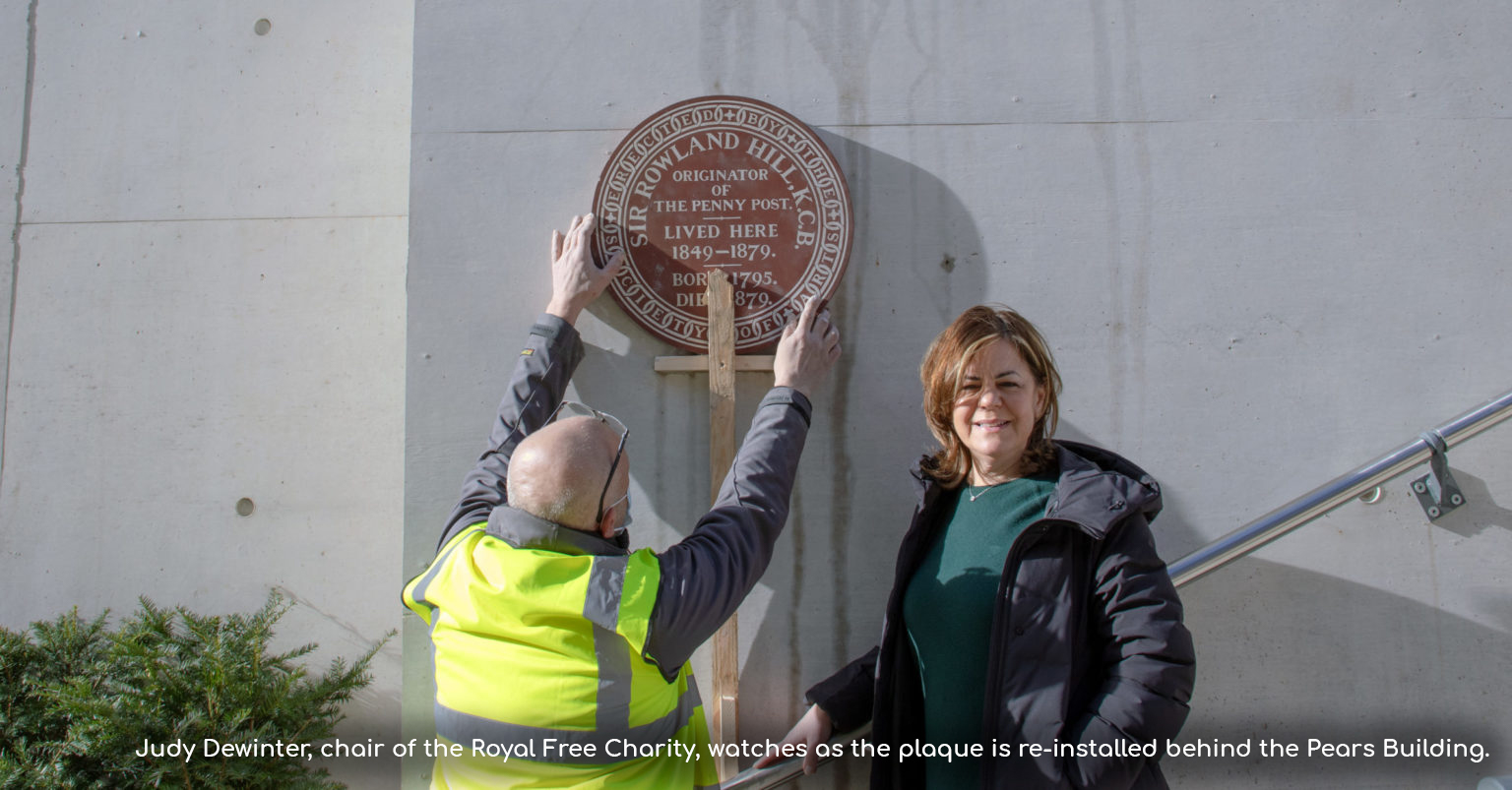 A plaque commemorating the founder of the modern postal system has been reinstalled following its removal during construction of the Pears Building.

Sir Rowland Hill, who invented the Uniform Penny Post, lived in Bartram House, a Georgian building which was demolished to make way for Hampstead General which in turn was demolished to allow the Royal Free Hospital to move from Gray’s Inn Road to Pond Street.

The Society of Arts plaque used to be on the wall of the hospital car park which was demolished as part of the Pears Building construction. It is now in the new memorial garden, directly off Rowland Hill Street, behind the Pears Building.

Judy Dewinter, chair of the Royal Free Charity, which raised significant funding for the Pears Building and is now based there, said:

“We are delighted to have found a place for the plaque in a far better location, much nearer to the street named after Sir Rowland Hill. Although Sir Rowland had no direct link with the Royal Free Hospital or charity, it is right to remember a person of achievement who used to be where we are now.”

Although an official “blue” plaque, it is in fact brown, in common with the earliest
plaques commissioned by the society.

If you would like to visit the memorial garden you can find it behind the Pears Building (Pond Street, London, NW3 2PP) as shown on the map below. 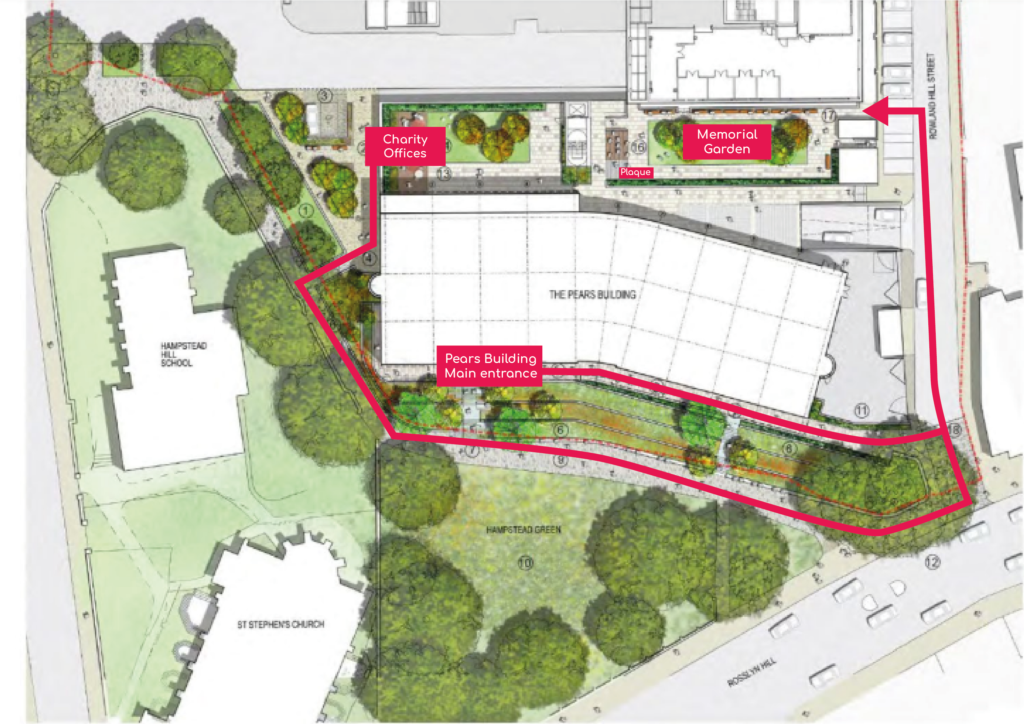