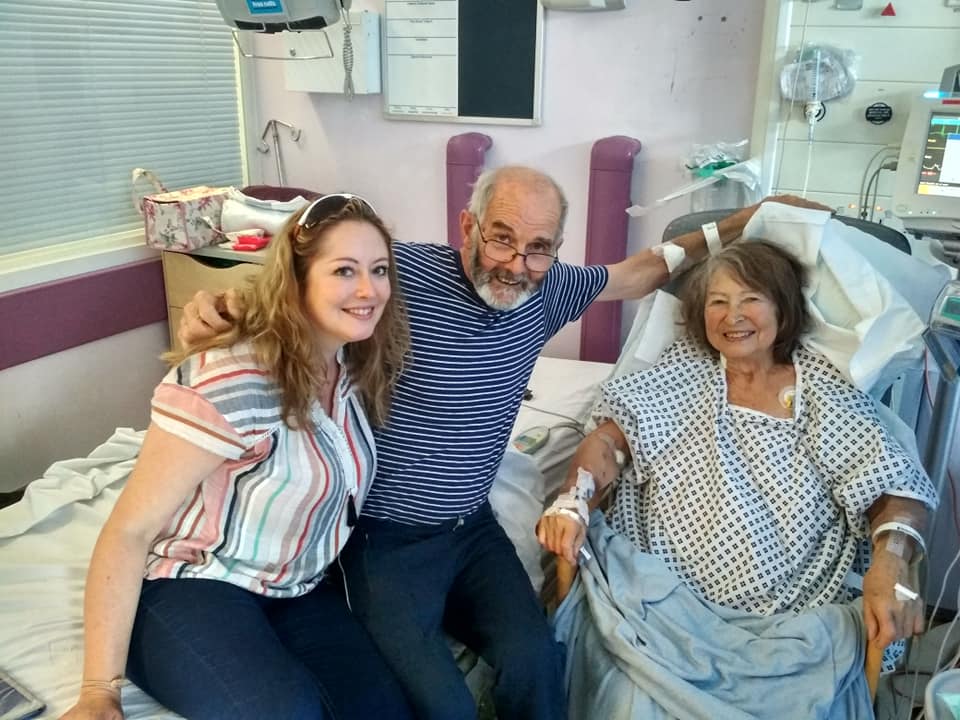 Angela’s kidney hero to row down the Thames

Angela Deighton has lived with chronic kidney disease since childhood. As her kidney function deteriorated in later life her doctors explained that she would either need dialysis three times a week to stay alive or undergo a kidney transplant. Angela requested a transplant and was placed on the national kidney transplant waiting list.  The average wait for a deceased donor is 3 years, so reluctantly Angela had to start dialysis, which she was on for a year.

Another option was for Angela to receive a kidney transplant from a living donor.

Her daughter Emma was the first to come forward to be tested as a donor. Despite being a perfect match, unfortunately later scans revealed slight scarring on her kidneys, which ruled her out. Emma then set up a Facebook page to try and find an alternative living kidney donor. She attended the innovative live donor advocacy sessions at the Royal Free Hospital, run by Dr Jeff Cove, to learn more about promoting the cause.

Eventually by chance Angela met a family acquaintance, Jim Thompson, who was struck by the obvious decline in Angela’s health. The very next day Jim phoned Angela to make an incredible offer, “Would you like one of my well-travelled kidneys?”. Angela was overjoyed by this offer.

Six months later after many tests, the hospital confirmed that Jim was a very good match and the transplant could go ahead.

At the time of the operation Angela was 72 and Jim was 78 years old.

“I want people to know that age isn’t necessarily a barrier to receiving a transplant or to being a living kidney donor. Anyone fit and healthy can do it – you can live a perfectly normal life with one kidney and you will get the most wonderful care afterwards” – Angela

Since the transplant Angela and Jim are both doing well.  In fact, Jim is doing so well that he will be canoeing 135 miles down the Thames in an inflatable canoe, camping along the way, to raise both awareness of living kidney donation and funds for the Royal Free Charity.

Angela will be eternally grateful to her hero, Jim, for giving her the gift of life.

You can support Jim’s canoeing adventure on VirginMoneyGiving: