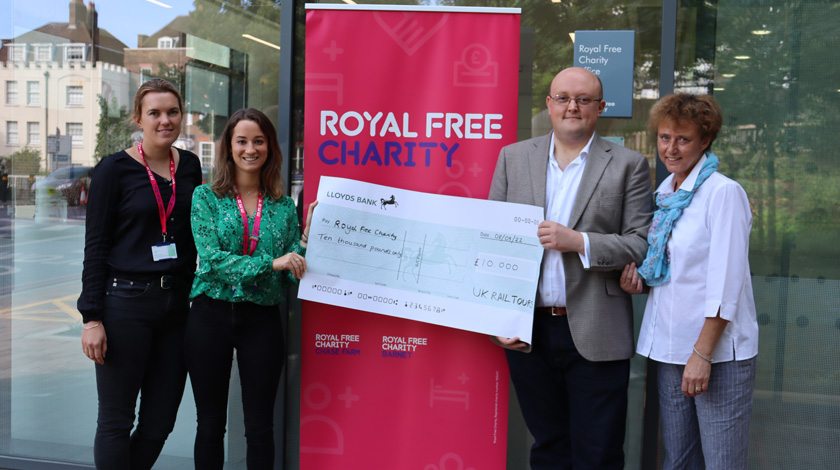 Full steam ahead for rail fundraisers

John’s family arranged the fundraising event to thank Royal Free Hospital staff for the care and compassion they showed him when he was admitted to the hospital for bowel cancer surgery in late 2019. Sadly, John struggled with post-surgery complications and contracted COVID while in hospital. He died during the first national lockdown.

John’s son Simon recalls: “I’m very grateful that I was allowed to visit him in his last few days with us. Throughout his time at the hospital, which was four months in total, the care he received was second to none. He was so well looked after.

“It was a difficult time for staff because of the pandemic, but they made sure there was regular communication with me, including phone calls whenever there were any changes. We appreciate everything they did for Dad.” 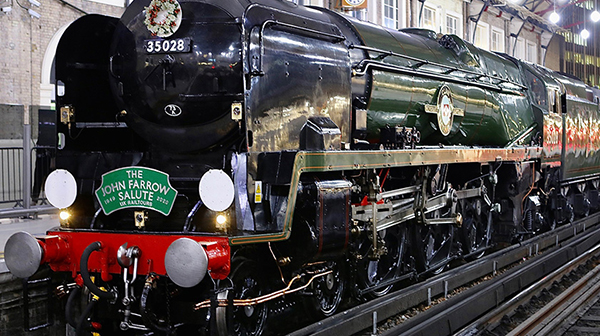 The John Farrow Salute memorial rail trip raised £10,000 in donations, raffle proceeds and ticket sales for the tour, making it the most successful one-day fundraising event in the company’s history.

Lead photo: Catherine and Tanya from the charity’s fundraising team being presented a cheque for £10,000 from UK Railtours by John’s son Simon and John’s widow Clare.