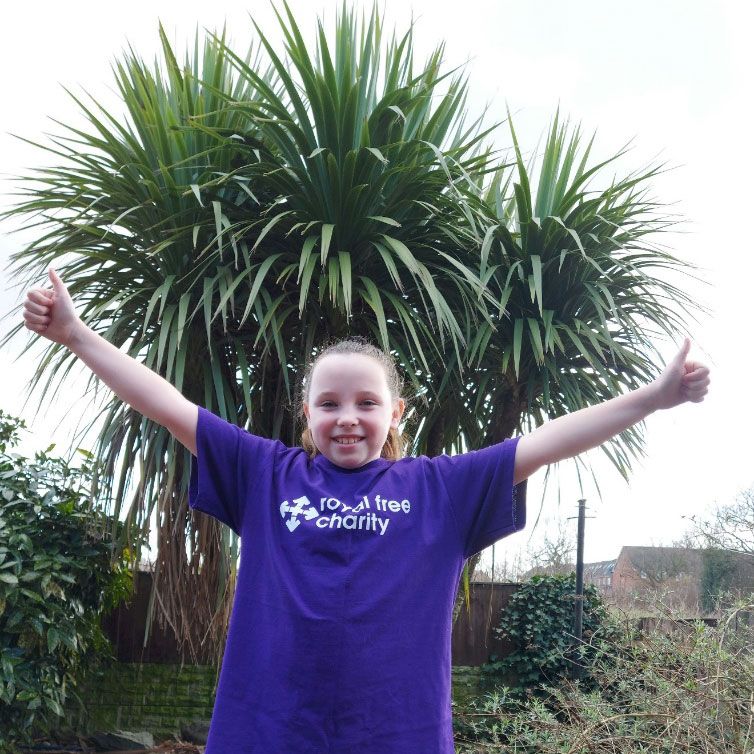 Going the extra miles for a much-loved Dad

When Lily Slater was four years old, her father, Barry, died from amyloidosis, a group of rare, serious conditions caused by a build-up of an abnormal protein called amyloid in organs and tissues throughout the body. He was diagnosed in August 2016 and died just three weeks later.

Only 17 months later Lily also lost her stepmother and she now lives with her aunt, Christine, and her family, in Chorley in Lancashire.

Earlier this year Lily and Christine came up with a plan to walk 50 miles during February to raise money for research into amyloidosis, the national centre for which is at the Royal Free Hospital.

“All those who know Lily will know that walking is not her favourite pastime,” said Christine. “But she was itching to get going! In the end we walked a total of 56 miles, so we exceeded our target, and she really enjoyed doing something for her Dad.

All that walking raised a whopping £1,200 for amyloidosis research, which has already gone to the RFL.

“Sadly by the time my brother was referred to the Royal Free, the only available treatment was very dangerous for him and he died three weeks after being diagnosed,” said Christine. “Research can’t help Barry of course but we hope it will eventually save others from the worst effects of this terrible disease.”