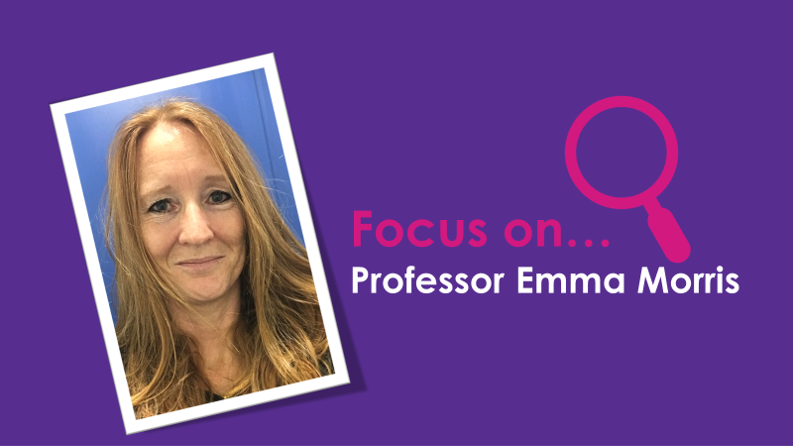 Emma grew up in the south of England attending local state schools in Surrey and the Isle of Wight, where her father worked as a bank clerk and her mother was a school nurse. She was the first student from her state secondary school to go to Cambridge University and the first to read medicine. She graduated in 1992. As a junior doctor she became interested in treating blood cancers (leukaemia and lymphoma) and the use of stem cell transplantation. Emma returned to science to study for a PhD examining the function of proteins uniquely expressed in stem cells in the bone marrow.

After completing clinical specialty training in 2002 she established a research group, funded by Leukaemia and Lymphoma Research, the Medical Research Council and Cancer Research UK. Initially her research team worked on developing novel gene and cell therapies for the treatment of blood cancers, including testing the role of immune cells genetically modified to improve their ability to kill cancer cells in early phase clinical trials.

Over the past 10 years she has turned her clinical and research focus towards developing new treatments for inherited immune deficiencies. She has developed and leads the national stem cell transplant centre for adults with primary immune deficiencies (PID) at the UCL Centre for Immunodefeciency, alongside colleagues in immunology at the Royal Free Hospital. Her research team is now focused on developing gene therapy and gene editing techniques as treatments for patients with PID.

She is director of the UCL Division of Infection and Immunity which has overarching responsibility for the UCL Institute of Immunity and Transplantation, which will be housed in the new Pears Building at the Royal Free Hospital.

And outside work? “I have an extremely patient husband, three teenagers and a poorly-behaved spaniel, Winston. “For fun I completed a full Ironman triathlon in 2014 before destroying my knee ski-ing in 2019. Further evidence of my madness is my support for Fulham FC.”