The 5,000 Amyloidosis patients seen and followed each year in the National Amyloidosis Centre (NAC) are the largest and most diverse cohort attending any specialist amyloidosis centre in the world, comprising a unique resource for all aspects of the study of the disease and its treatment.

This is exemplified by the participation of NAC in cutting edge developments in diagnosis and treatment of all common and rare forms of amyloidosis. Almost all new drugs being trialled and then introduced in recent years for treatment of different type of amyloidosis, have been tested and implemented at the NAC. The NAC leads the world in the array of powerful imaging modalities for diagnosis and monitoring amyloid, some of which were invented by our team and are only available at the NAC.

The Wolfson Drug Discovery Unit was established in 2011 by Professor Sir Mark Pepys FRS, with generous donations from The Wolfson Foundation. It sits alongside the NAC within the Centre for Amyloidosis and Acute Phase Proteins that was also founded by Sir Mark in 1999. The laboratory focusses on discovery and development of new treatments for amyloidosis and other diseases, including Alzheimer’s disease and type 2 diabetes. Although completely unrelated to the types of amyloidosis cared for by the NAC, amyloid also plays a part in these much more common diseases. Indeed the DESPIAD phase 2b clinical trial of the drug miridesap, invented by Sir Mark, is currently in progress in patients with Alzheimer’s disease, funded by the National Institute for Health Research via the UCL/UCLH Biomedical Research Centre and sponsored by UCL.

Meanwhile the laboratory continues to lead the world in elucidation of the fundamental molecular and cellular process responsible for amyloidosis. 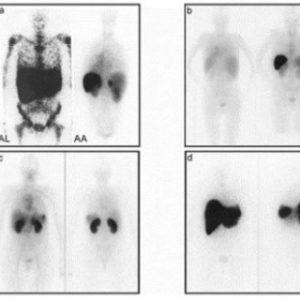 Amyloidosis in the heart 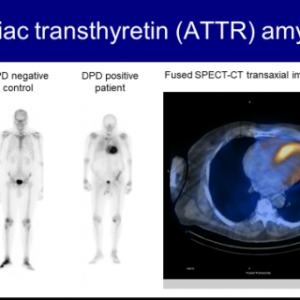 Identification of transthyretin amyloidosis in the heart by radioisotope scanning. 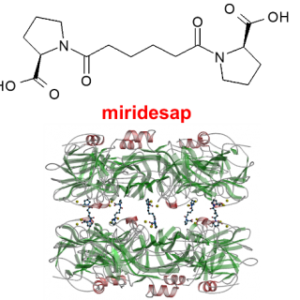 Miridesap drug, invented by Professor Sir Mark Pepys, is currently in phase 2b clinical trial in patients with Alzheimer’s disease. 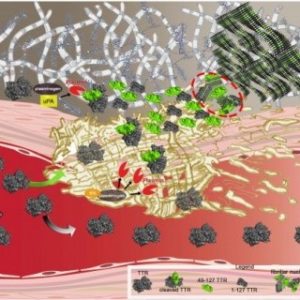 Here is a model of the recent discovery by Professor Vittorio Bellotti and his team of the actual mechanism of transthyretin amyloid formation, a type of amyloid lately recognised as much more commonly clinically significant than previously realised.